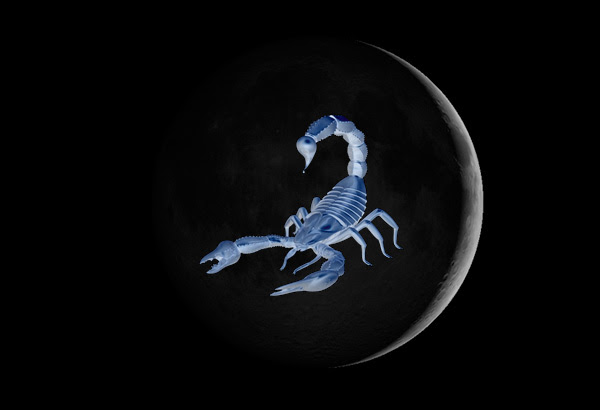 The new moon on Sunday 30 October 2016 is at 7 degrees Scorpio. The new moon October 2016 astrology is dreamy and optimistic. This comes as most welcome relief following the heavy going nature, to say the least, of recent eclipses and major planetary aspects.
New moon October 2016 aligns with Mercury to make communication a major theme. A trine to Neptune brings spiritual communication, hopefulness and charity. This is certainly the best moon phase I can remember for some time, and hopefully just a taste of better times ahead.

“The energy of the October New Moon is going to guide us away from the material and external world and into a deeper, more intuitive realm. Here we will be able to receive new ideas, new inspirations and new creative visions

.
In fact, the energy of this New Moon has a high creative and supernatural charge to it and we will all be guided to go deep within, so we can remind ourselves about who we really are.
There has been a lot of cleansing and releasing energy in the Universe this year, and while October’s New Moon will be asking us to go deep, it will be asking us to venture deeper than our problems and deeper than our fears, all the way into the heart of our soul.
This New Moon is about reconnecting with who you are, celebrating yourself and learning how to love and accept yourself exactly as you are.
While the energy of the Black Moon is the same, there is a heightened energy when two New Moon’s fall in the same month. Those experiencing the Black Moon are going to feel the effects even stronger and will be encouraged to dig that little bit deeper.” – Says Tanaaz Chubb
Posted by KAY