With the temperatures  here unusually high, over 100degrees it's just another aspect of ongoing earth changes reminding those on The Mission to continue their Attention Scan for Sun Temple crystal sites programmed in the last  days of Atlantis.  Your job, if you chose to accept it, is to assist these to   activate as  the worldwide grid comes online for the planet's Ascension.  Portals are opening for the new incoming energy and  ley lines  turn on their LZ's as highways of light...entree for our space brothers?  You don't have to believe in any of this, just entertain the concept of Star Beings  and the  White Brotherhood descending, saving the planet from total destruction.  Wanna play with these Masters? Just imagine...
Posted by KAY No comments:

I'm selective with  my attention, mainly reserving it for what I prefer.  What do you like best?  I have to say my most favorite thing is the WiseWoman family tradition including the Hedge/Greenwitch persona from other Lives I Have Known, Medicine Woman/Shaman/Gypsy fortune teller etc.  These are the format for  skills refined from the present and also the past, old Temple Training from Atlantis, programmed back then for  The Mission  now.    These came at the price of solitude, a rolling stone without support,  uncomfortable and alone, always moved on when Life Happened.  Today I look back, what seemed harsh contained the gift for  my contribution working with Nature Intelligence.  Join with me as The Troubles escalate, holding the frequency for A New Earth, on the horizon.
Posted by KAY

Since human life and human consciousness are intrinsically one with the life of the planet, as the old consciousness dissolves, there are bound to be synchronistic geographic and climatic natural upheavals in many parts of the planet, some of which we are already witnessing now.

STAR BEINGS
Years ago Sissy's channel, said that along with the White Brotherhood, aliens would assist us, that all good will be sent to help our troubled world, even as we will be used to restore the earth, so will others.
I awoke this morning thinking about this and received the  telepathic message to call them "Star Beings"....I sure wasn't expecting that so took me by surprise. She said they are from other planet/dimensions;
"I say, tis one and the same, for any planet that can sustain life, as thee, is in another dimension".
So they have arrived  through the dimensional corridors to assist us during the earthchanges.   I know I intend to work with them...what about you?
Update June 25, 2012:
Discussing this with a friend, she pointed out that the message also meant "CALL THEM" ,  in other words, not only  to call them Star Beings rather than aliens or ET's but also for me to initiate communication with the Star Beings by calling them.

Are we not told: "We love him because he first loved us?"

It always starts with self!

If you want him to be different, you must initiate the change. And as you do, you are practicing repentance, for the time is fulfilled and the kingdom of heaven is at hand.
Posted by KAY No comments:

I mentioned in previous post that our Internet was down for a day.  Before that, the OTR microwave oven burnt out and the replacement lasted six weeks so  I'm still shopping for another one.  I didn't use it all that much but annoying all the same - reminding me of Sissy's channel's prophecies per earth changes. When she was asked if everything will break completely down  she said 'yes, no power at all , buttons we push will no longer respond'...and I'm missing the microwave?  What a wake-up call!
Posted by KAY No comments: 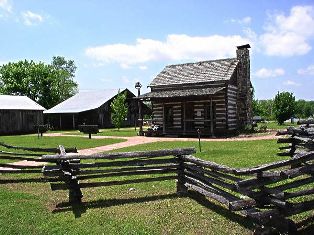 Yesterday we took a roadtrip to beautiful Doniphan, Mo.  Nearing town from the east I noticed a new road sign near USFS complex, "Confederate Ridge"...a reminder of the many Civil War skirmishes fought there.  There's a small cemetery near the cabin site in the picture with two Confederate graves...I doubt the soldiers considered it a skirmish?  Bordering Arkansas, Ripley County oozes history, from the Civil War, Trail of Tears and the Old Military Road, including beautiful Current River, the timber logging era and more.  It's worth the drive, especially for those sensitive to the vibrations.  Treat yourself to a dose of pioneer determination, Mars warrior energy, Cherokee survival/spirit and for those so inclined, you might pickup on the area's Atlantean colony Sun Temple vibes.  Have fun.
Posted by KAY No comments:

Half of 2012 is gone now, slipped past in a blurry kaleidoscope of memories and impressions.  If you came for the fireworks then hang on but if you're here on The Mission I trust you are on your path, making your contribution.  Stay Present as The Troubles escalate, holding the frequency as the Ascension gathers momentum, endowing the shift with peaceful change.  Namaste.
Posted by KAY No comments:

When we  finally got rain  it stormed and knocked out the electric to the  Internet service for 24 hours -   as someone put it - 'back to the 80's'.   With Internet down I worked offline, did errands/laundry etc.  I  do luv the mod con's and wish we had solar power...I would love an Earthship but not practical in my area for lack of year round sun - and  having lived in sunny Florida and California in the past, I missed the four seasons,  the yang energy emitted from New Madrid Vortex and Indian Mounds/Sun Temples.  When I hear someone that grew up here has retired back home I always wonder how many ever question the energy here...any like minds nearby?
Posted by KAY No comments: 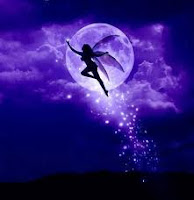 With inspiration from the  design fairy a la The Full Moon Lunar Eclipse Transit of Venus energy the last few days, I totally rearranged my study, a feng shui crapshoot. It's a decorating challenge because it's an enclosed porch, with three walls of windows; but with a private entry it works perfect for visitors and  sessions with a beautiful view of my Angel Pond. Ennyway...in the midst of redecorating offices I realized that as much as I would like to take credit it wasn't my idea at all...it was a download by the Mission Team in preparation for more  client sessions.  Who's the boss?  So much for free will.
Posted by KAY No comments: